Yi sun-shin was a great leader of Joseon who saved his country on the peril of break down during the Imjin War. In 1592, while the country was in dire crisis with the invasion of Japan, Yi sun-shin made over 20 times of battles with the Japanese forces and he won all the battles to protect the country and people. He created the first armored vessel, the turtle ship, in the world, and had a great victory in the Battle of Hansando with the battle of guns by using the strategy of the Hakik-jin. In particular, Myeongryang Battle where Yi sun-shin had 13 ships to defeat the Japanese naval force of some 130 ships and it is referred to as the miracle of the world naval battle history. In the final Noryang Battle, he left the famous patriotic words that “the fight is still on that do not tell them that I died.” Yi sun-shin has been one of the most respected person for Koreans after all these 400 years of time.

Yi sun-shin recorded the unprecedented victories that could not been found anywhere in the world history. Genghis Khan was defeated in two wars in 20 times of war that he was involved in, Napoleon lost four wars out of 23 wars, the Great Emperor Frederick was defeated in three wars from 12 wars, and Hanibal lost one war in five wars. However, Yi sun-shin fought 23 times and victorious in all 23 times. He had 23 small and large battles in seven years with the absolute disadvantageous number of soldiers and number of ships, Yi sun-shin led all the battles victory without single defeat, and all he lost was two c1s from the attack of the Japanese forces.

The followings are the assessment of world historians on Yi sun-shin.
Yi sun-shin is not well-known to the western historians. Yi sun-shin understood the strategic situation well and had the remarkable skills of the naval strategies to have the upgraded control principle under the unyielding aggressive attacking principle in the war. His fearless attacks absolutely were calculated attacks. For people of England, it might be hard to recognize that there would be a person whose accomplishment is comparative to Nelson. However, if there was anyone fit to such a honor, it must be this Naval Commander who died in the enemy zone without a defeat in his career.

Each time he came out for any battle, the coastal areas of the Korean Peninsula had the fragmentations of hundreds of the Japanese battle ships piling up under the sea. And, it is not exaggeration to make a single mistake from the beginning to the end. Under the diverse situation, he handled all matters completely and perfectly without any flaw. In summary of his accomplishments, he fought the battles when he had to fight with the victory at all battles and devoted his supreme life in protecting his country even thought there was no teaching for him to be guarded on under the history of the past.
<Naval Commodore of England, George Alexander Ballard>

"His merit is to display his skills to handle all things of heaven and earth."
<Naval Commander of Ming Dynasty, Jin Lin> 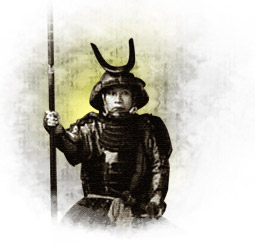 From the old day, there are many people who displayed perfect skills as a general. Looking as the naval leaders, there are Yi sun-shin of Korea in Asia and Nelson (1758-1805) of England. Unfortunately, Yi sun-shin was born in Joseon that he was not known in the west, but he was truly great naval leader in the documentaries of the Imjin War. For finding anyone to compare in the west, it would be Ruyter Michiel (1607-1678) of the Netherlands or better. A person like Nelson would not stand shoulder to shoulder in terms of personal character. The Admiral (Yi sun-shin) was the only one of its kind in the history of the world with his great personal traits, outstanding strategies, genius creativeness, diplomatic skills and others that could not be found anywhere else in the world.
<Naval Commodore of Japan, Sato Detstaro>

This was the story of congratulatory banquet held for Admiral Dogo Heihachi who destroyed the Baltic Fleet of Russia that was the best in the world at the time in the East Sea Battle during the Russia-Japan War (1904-1905). Some people praised Admiral Dogo for his victory. "This great victory will be in the history. You are the God in war comparable to Admiral Nelson who defeated Napoleon at the Trafalgar Battle." And, Admiral Dogo replied that "thank you for your high praise, but Nelson was not that great man. If there was any admiral truly fit for the name of military god would be Yi sun-shin. Compared to Yi sun-shin, I would be happy to be his naval officer."
<Japanese historian, Ando Ohikortaro and others, 『History and Theories of Three Countries of Japan, Korea and China』, Japan Joseon Research Institute, 1964>

"It is possible to compare me to Nelson, but it is unbearable for me to compare with Yi sun-shin."
<Response speech at the victory banquet of the war - Japanese Naval Admiral, Dogo Heihachiro>

Death of Yi sun-shin was like the death of Nelson. He (Yi sun-shin) died in winning and won in dying. For seven years of the Joseon history, there were many strategists, literary scholars, and others but Yi sun-shin alone gave the national pride in the war. In addition, the generals of the Japanese naval force feared of Yi sun-shin while he was alive. In the history of Joseon, he was a here of the Joseon Dynasty, as well as the biggest here in three Asian countries.
<Author of 『Modern History of Japan』, Tokudomi Teiichiro> 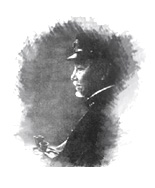 Yi sun-shin was a man of integrity and he was truly an ideal soldier that had to be a miracle to have the presence of such a man with leadership, strategic capability, royalty and courage. He was the famous general before Nelson of England and there has been no person like Yi sun-shin in the world history, and the presence of this person would be unforgettable in Joseon and for Japanese, respect for him had been handed down that the navy was established during the Meiji Restoration period that his accomplishments and strategies have to be studies.
<History writer, Shiba Ryotaro>

Gonisi, Simazu and others ran away without knowing Yi sun-shin died. This is truly like the died Jegal Gongmyung chasing away of living Jungdal. Once the fight stops, Jin Lin then learned of the death of Yi sun-shin then, and he was too surprised and shocked that he fell on the ship three times, and lamented that, “there is no one like him in the history of mankind!” Burning royalty to keep his country with his life, the Joseon Dynasty began to decline and merged into Japan in three centuries later. But the glorious name of Yi sun-shin would be shining in millenniums of time.
<Author of 『Great Wars in Ijo History』, Aoya Nagi>

It was true that Dogo had the great accomplishment, but his accomplishment could not even to catch up a toe of Admiral Yi sun-shin. If Yi sun-shin had the rich weaponry and ships as well as nationwide support, like Nelson, Japan would have been destroyed in over night. It may be a great imprudence, but Koreans think Admiral Yi sun-shin as a great warrior but they do not know how great of a person that he truly was as much as Japanese do.
<Japanese naval strategy specialist, Gawada Go>