YKoreans remember the name of Yi sun-shin not just he recorded miraculous 23 victories in 23 battles under the adverse condition of absolute no support in ships, soldiers, or government support compared to the Japanese forces that invaded Joseon during the Imjin War alone. The reason for Koreans to inscribe the name of Yi sun-shin on their heart is that he is the guiding light for the lives of Koreans today with his spirit beyond the death, love for the community where he belonged, devotion for people who he shared history with, and others as well as a great general that he was as the greatest in the history of mankind as a Korean. For this reason, It has been five centuries after he had left, but his spirit, his words, his action that he displayed, and the history that he wrote were still in the heart of numerous Koreans and he surely would open up the future for us in the 21st century. Yi sun-shin is a truly the hero for all people of Korea who lives in the history of Korea then and now.

The following is the evaluation of people in the time of Joseon on Yi sun-shin.

There have been many people who won the wars and made their name known in the Korean history, but people like Chungmugong came out from nowhere in times of national crisis and vulnerable situation in time with the formidable foes and he defeated the strong opponents to the ground and beat them to the despair in all small and large battles, eventually saving the country from the barbaric acts of enemies. He defeated the enemy in its attempt to advance to the west coast that Yi sun-shin protected the foundation of his country to revitalize the country and this was something no one has ever done before or after his time. Furthermore, he had the integrity and royalty for his country, and wisdom to maneuver his men and dispose complicated affairs that everyone knows his great accomplishment and such a man would be found one or two in a century as the great soldier and there will be no other person like him.
<Daejehak under King Injo of Joseon, Lee Sik>

I deserted you, but you did not desert me. I had you as the first meritorious retainer but it is far too little.
<The 14th King of Joseon, King Seonjo>

There is a word of dying in integrity from the old days, and I saw this man who sacrificed his life to make his country revived.
<The 19th king of Joseon, King Sukjong>

King Seonjo revitalized the country thanks mostly for only one person in Chungmugong, and it owes to all for his deeds. If I did not write special tomb writing for Chungmugong, whose tomb writing should I write. This Chungmugong is the person of combining Iseong who stabilized the Tang Dynasty and Jegalryang who restored the royal family of Han Kingdom.
<The 22nd king of Joseon, King Jeongjo> 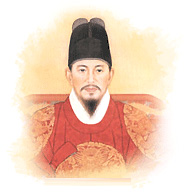 Chungmugong was strict, serious and had dignity, but in the meantime, he had affection for others, humble, clear for grace and trust, deep insight and manner not to show his joy and anger very much. He stated in early days that, "a true man came to this world with royalty for all his energy, and if not, work on farm, and I would be ashamed of seeking my well-being by flattering the people with means."
<Seungji of King Injo of Joseon, Choi Yoo-hae>

Yi sun-shin was like a scholar without much words or smile. He was talented but had no luck that he could not show one of his 100 talents.
<Friend of Yi sun-shin and prime minister, Yoo Seong-ryong>