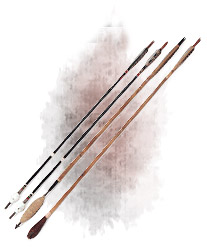 As such, the bow and arrow had much better capability for Korea has the traditional of valuing on the archery. The importance of the bow skill has long been emphasized for substantial period of time after the emergence of Gun powder weapons. The reason might be attributable that the supply of Gun powder weaponry was not flawlessly done, but the bow and arrow had the advantage to supplement several defects in the Gun powder weapons. In particular, Joseon had one of the recommended requirements for noble class in archery and archery was widely facilitated as a way of enhancing the virtue of a scholar. Accordingly, the bow and arrow at the national examination for military skills was selected as the most fundamental and representative course.

Most representative ones from the bow and arrows of Joseon are the large bow and the pyeongjeon. The long-bow has its origin in the Maekgung, and it was manufactured with the unique technology of Korea alone that its flexibility exceeded the bor of foreign countries. This point was clear that the convoy of Ming Dynasty, Dongwol, who came to Joseon in 1488 (the 19th year of King Seongjong) assessed that "the Hwapee bow used in Joseon is slightly shorter than that of China abut the strength of arrow flying is extremely strong." The hwapee bow here means the long-bow.

Also, the Pyeonjeon has small arrows that it was also referred to as so-called 'Aegisal', and it has small arrow and light but has great acceleration to have great penetration force that it was well used in infantry battle and the cavalry battle as well. In particular, the Pyeongjeon has such a long projection distance of flying over 1,000 steps that it was the most important secret weapon in Joseon. Because of this point, the pyeongjeon of Joseon was once the best in the world along with the spear of China and the rifle of Japan. 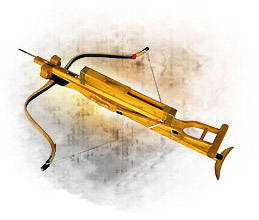 The weapon used for battle along with the bow and arrow is the Noh referred to as the 'Catapult'. The Noh was the weapon that advance the bow even more that while the bow required substantial strength and technology as well as practice but this weapon was available to learn simple operation technique for even the feeble woman. The Noh has the strength to shoot the arrow heavier than the bow that is more accurate and heavier than the traditional bow. However, it has the weakness of slow shooting speed than that of the bow that it is used in the actual combat for the bow and the Noh together to supplement the weakness of respective weapons. In particular, the Noh has high efficiency in ambush situation that it delivered with great effect in its assignment on the penetrating route of northern barbarians. 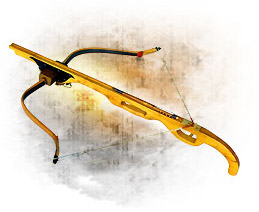 In November 1592, in his report to King Seonjo by Yoo Seong-ryong, he said that "as I hear, Gyeongsang Jwabyeongsa Park Jin used Yeonoh and Jincheonroe when he attacked the enemies, and the enemies were fearful of this weapon." It means that the strategic effect of the Noh at this time was great, and the voluntary military forces who were active in the coastal lines of Nakdonggang used the Noh to defeat the Japanese forces for a great victory.